Confession time.  As much as  love Star Trek I am not a true “Trekkie”.  That title actually belongs to my brother.  By the time he was in the fourth grade he faithfully read his Star Trek encyclopedia, spoke a bit of Klingon, and played with various USS Enterprise models that he lovingly glued together piece by piece.  Thanks to a family rule that we take turns picking movies {I come from a time where people usually only had one TV and VCR} over time I grew to love Star Trek myself.  That doesn’t make me an expert though, so all you die hards go easy on me.  I am just a wannabe.

Anywho, I’m sure y’all already know, Friday is a big day.  I’m so excited I had to make cookies.  I went simple of course, because that’s my way. 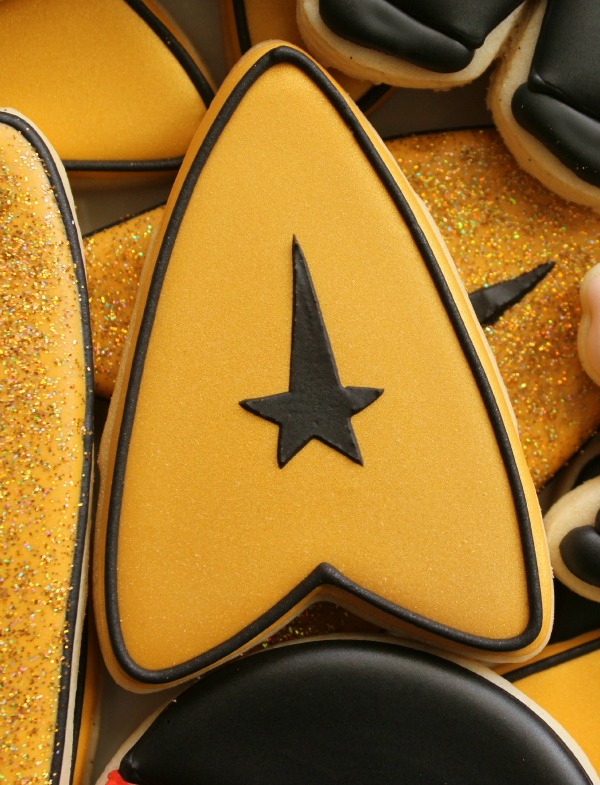 I used these four cutters to make every cookie in my Star Trek collection.  You can try them all or just pick a fave.  Try Ebay if you don’t have the Wilton boy cutter.  It’s discontinued but its easy to find if you look around. 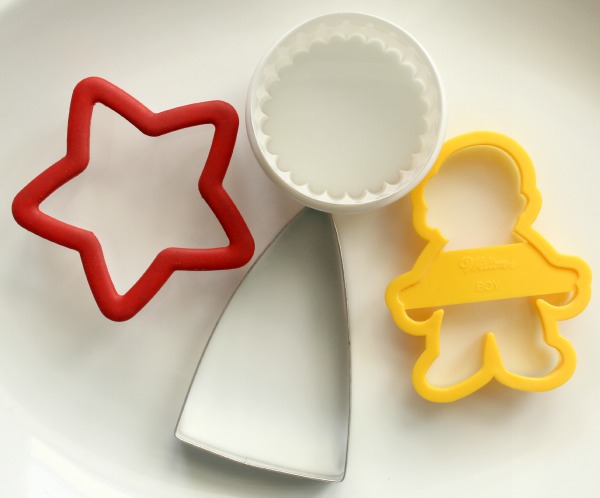 To make the Starfleet Insignia cookie I simply trimmed a star cutter.  I know it’s not exact but it’s cute, simple, and gets the point across, which is kind of my personal mantra. 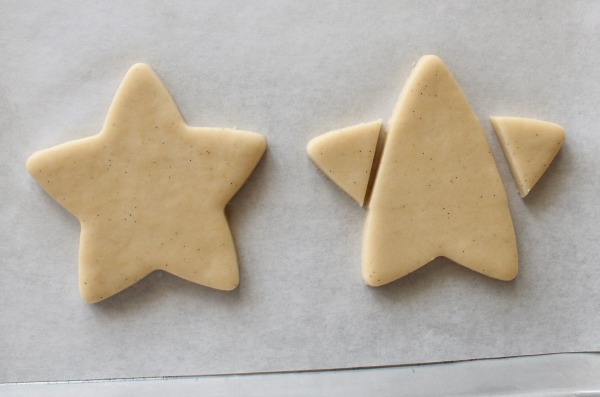 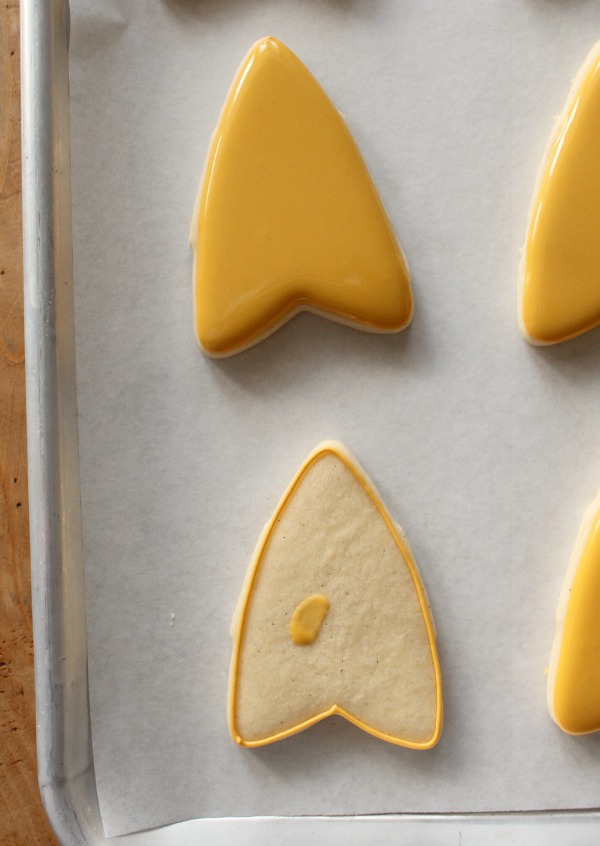 Let them dry a bit then lightly mist with gold sheen.

Before moving on to the next step the cookies must be completely dry.  I used the extra time to make a stencil.  To do this simply Google “Starfleet Insignia”, click on images,  find one you like and resize it to fit the cutter you choose.  Next, print the image, place under a blank sheet of stencil paper, and cut out with an Exacto or heated stencil knife. 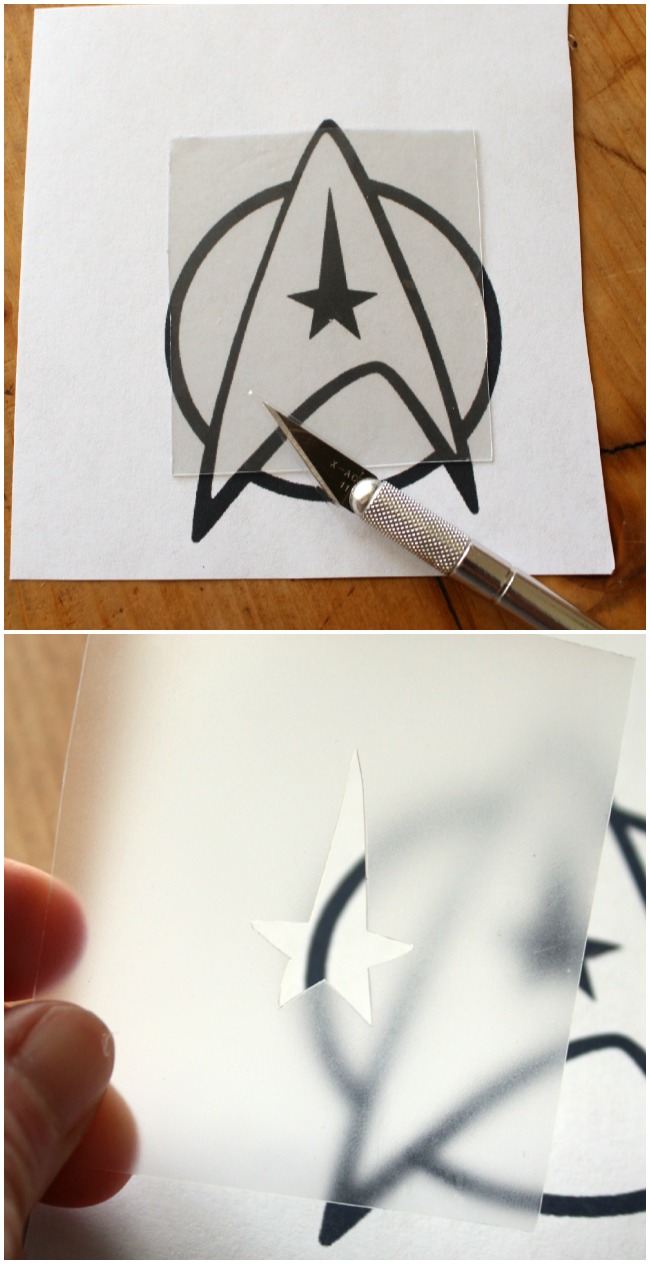 Finish up by piping a black border around the insignia using a #2 tip. 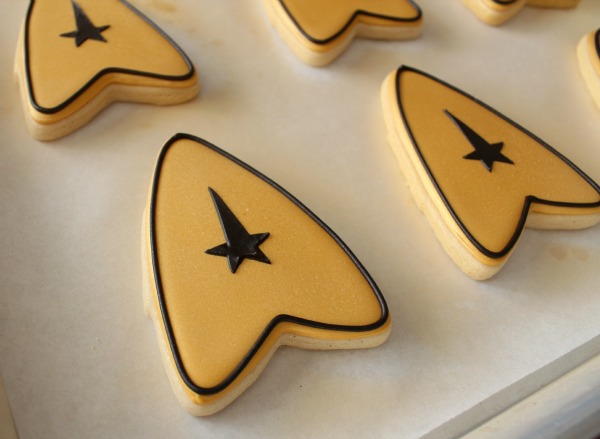 Simplify things even further and skip the trimming. 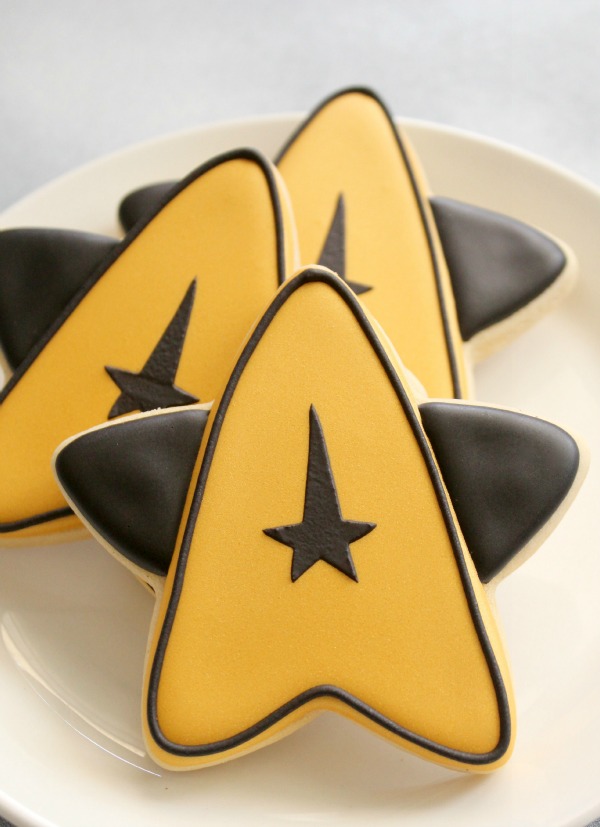 You can also use a candy corn cutter and cut a little notch out of the bottom.  Technically, this is actually a surfboard cutter from Little Fox Factory, but you get the idea.  PS-If disco dust scares you, skip it.

I followed Bakingdom’s awesome cookie tutorial {and made a few booboos} to create these guys.  Somehow I forgot Scotty.  The shame. 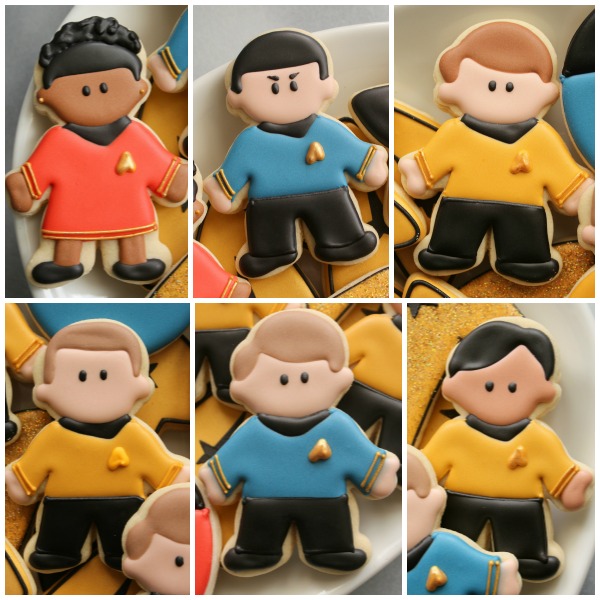 I also added a few uniform cookies for fun.  Those of you who noticed that I stenciled the uniform insignia on backwards {before I pointed it out} get ten Trekkie points. 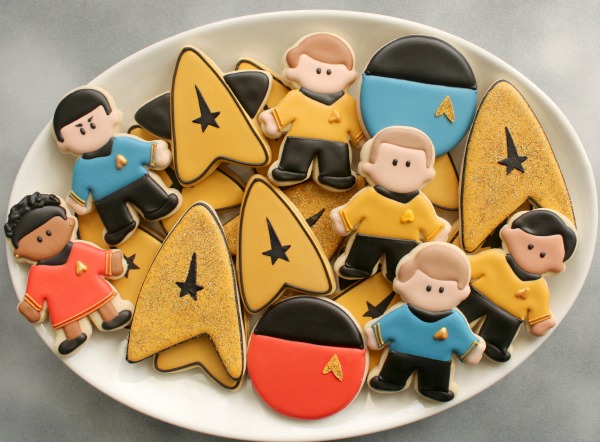 Anywho, come Saturday you’ll find me parked right in the center of the movie theater.  I hope I don’t cry.  No, I’m not kidding.

For those of you non-Star Trek fans, here are a couple of my favorite Star Trek facts.

Also, if anyone who might buy me geeky gifts {like my brother} is reading I would really really like these cutters or this oven mitt.  You can also purchase Star Trek cutters on ETSY or via Cheap Cookie Cutters.

I could go on…but I really shouldn’t.  Instead y’all should spend your free time checking out these other amazing Star Trek Cookies: