Okay.  Back to the royal icing accents.  Maybe I do have a problem but admitting it’s half the battle, right?  Today it’s holly.

Royal icing holly accents are super simple to make.  You will need: 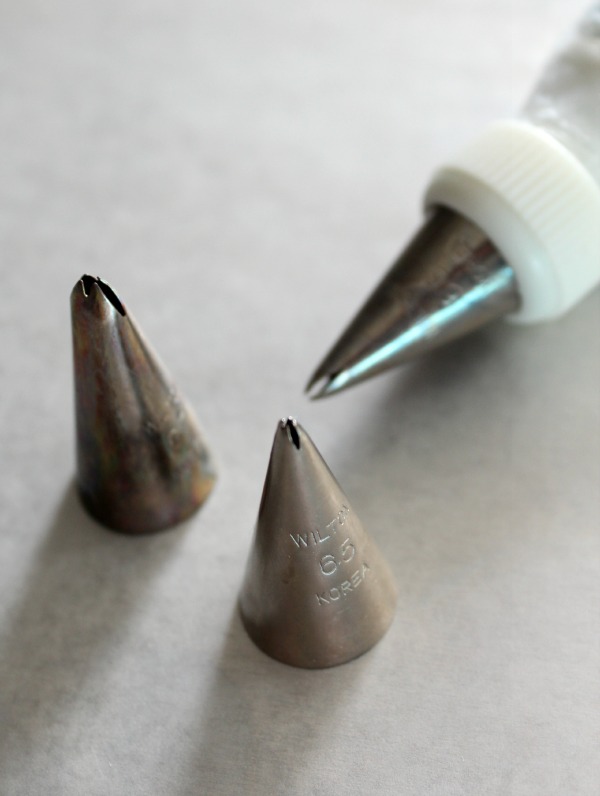 Here’s an idea of what size accent each tip will produce.  There’s a few variables involved, of course {pressure, icing consistency, etc.} but this is pretty close.

If your leaf tip isn’t cooperating with you, try opening it up a little with a thin bladed knife. 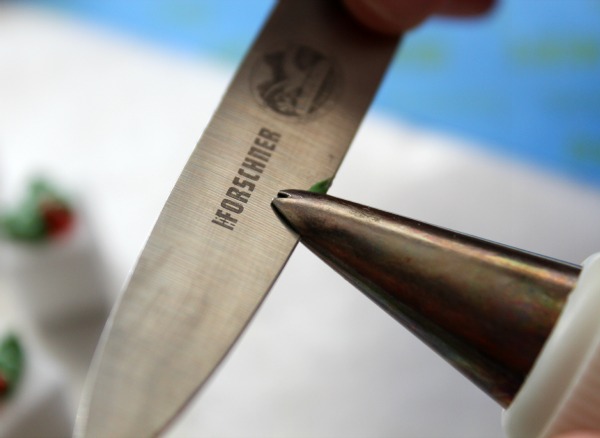 Now for the piping.

For those of you who are about as coordinated as well, me, I broke it down even further.

Begin piping like you would any leaf.  Touch your tip to the parchment paper {or cookie} apply pressure to create a leaf, pull back ANNNNNNNNNND that’s where things change.  Instead of pulling the leaf to a point until it breaks move the icing tip back underneath the first leaf and repeat two more times. 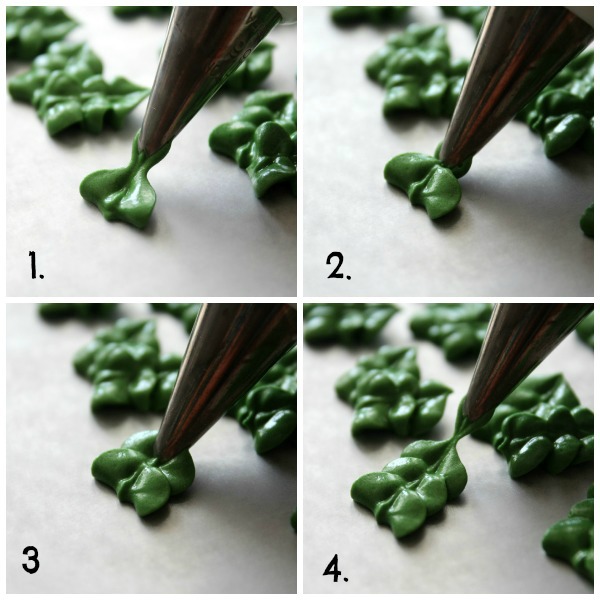 Here’s a side view, just in case I’ve really scared you. 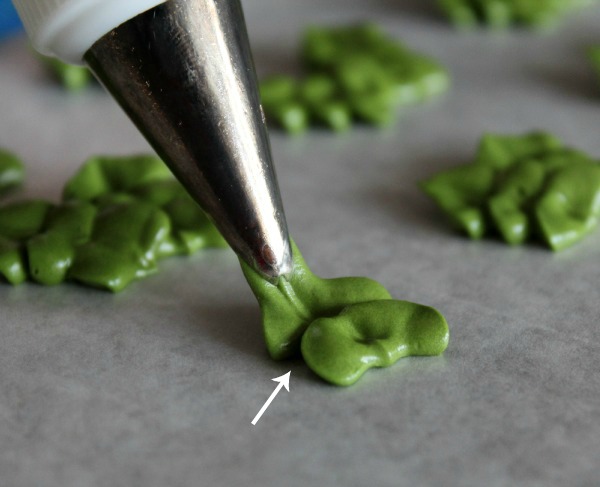 After piping the bottom leaf, come back and add another {if you like double holly}.  Same thing.  Start by placing the tip near the center of the first leaf and repeat the steps above. 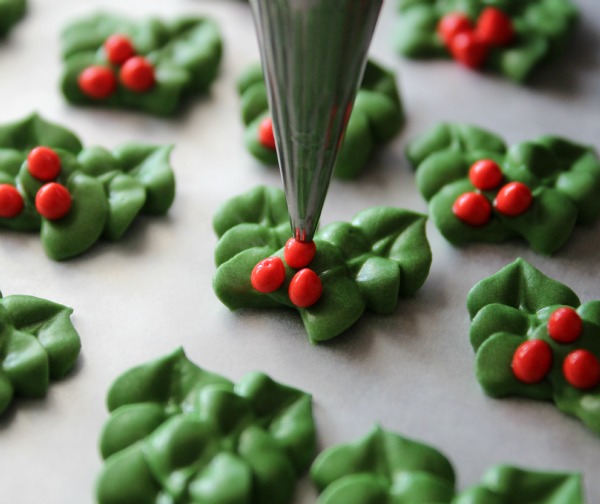 I like to have these on hand to add to snowmen and stockings but I’ve also been known to pipe them directly onto cookies and other things. 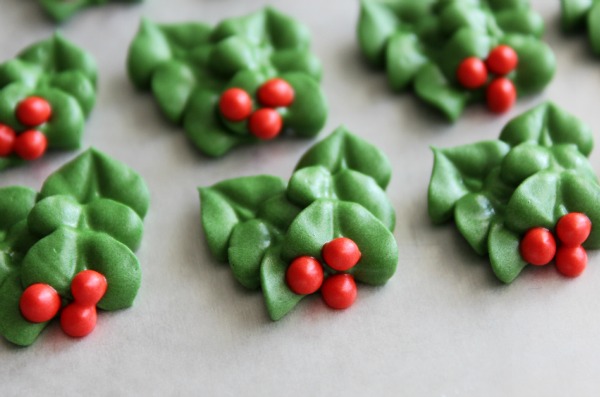 Like sugar cubes, for example.  Same thing as above, except I used a #65 tip. 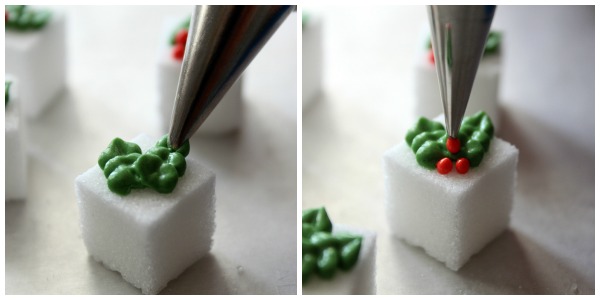 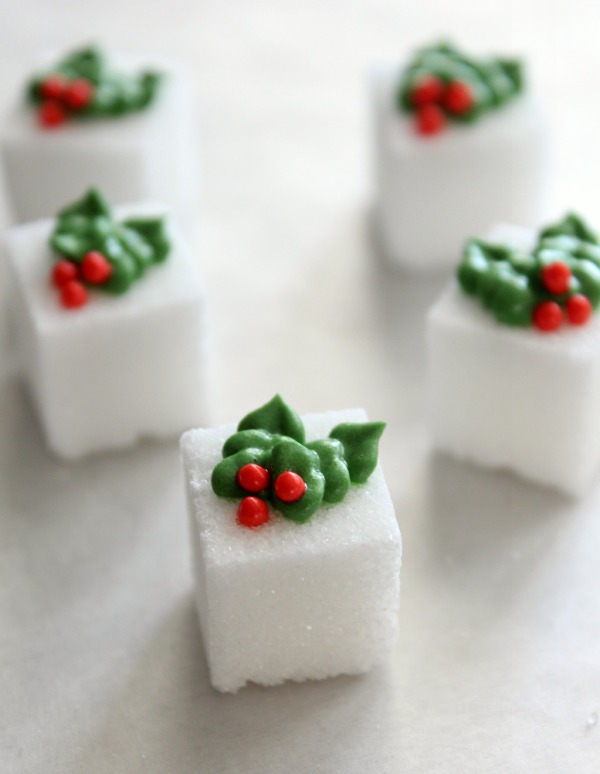 You can even used this technique to dress up store-bought cookies like white fudge dipped Oreos or homemade treats like Kevin and Amanda’s White Chocolate Dipped Ritz Sandwiches. 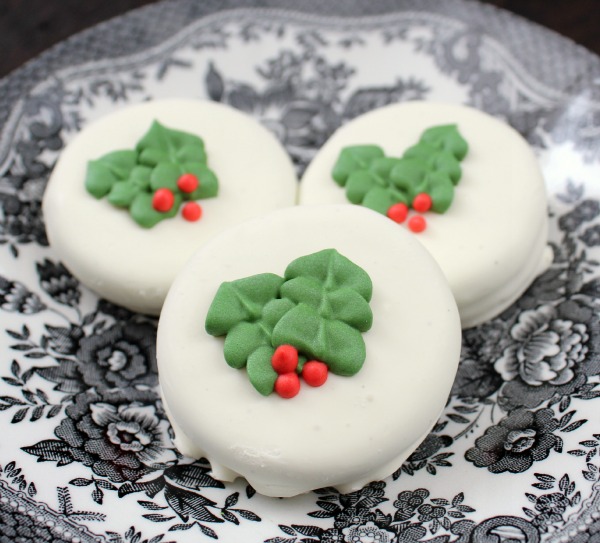 Oh yes, and for those of you that I’ve left completely confused with all my talk about aerobics, I made a {not so great I promise I will fix it soon} video.  Not an aerobic video, lest I end up on America’s Funniest Home videos, but one about piping holly accents.  Enjoy!