Perfect Jack O’ Lanterns and a Tip About Orange

It’s almost Halloween, so I decided it’s about time to take one of the most common Halloween cookies of all, and jack him up a few notches. Get, it, jack him up?!  HA HA HA, okay, you’re not laughing… 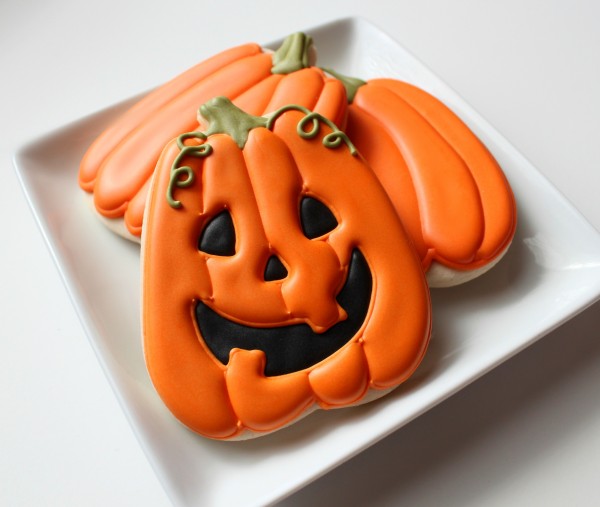 ANYWHO, I like the dimension and puffiness of a sectioned pumpkin, but I don’t how it looks to add a face on top of the base layer.  It might be a bit on the OCD side, but I like realistic.

So here’s what I do.  First, I use an food color marker to sketch out my jack o’ lantern’s face.  If you want them to be uniform, use a stencil.  After you have the face planned out, use flood icing to add a thin layer to fill in the sections you made. 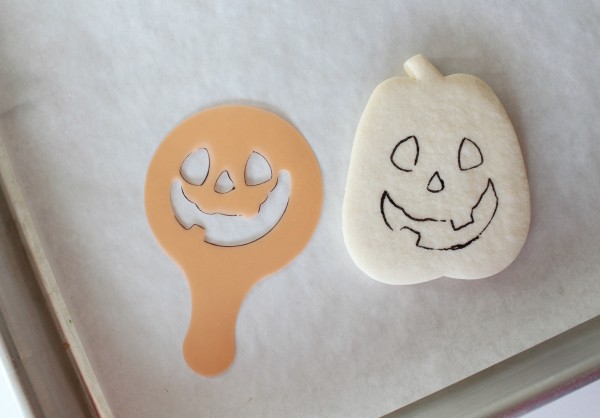 Let that dry.  Then use orange piping icing and a #2 tip to outline the facial features and divide the pumpkin into even sections.

Flood the face in by filling alternating sections, giving them about a half an hour to dry in between, then moving on to the remaining sections.  This will give your pumpkin a LOT of dimension.  If you like the “lift” I get from my icing, use thicker flood icing…somewhere between 12 and 20 seconds.  The thicker it is, the higher it will go. 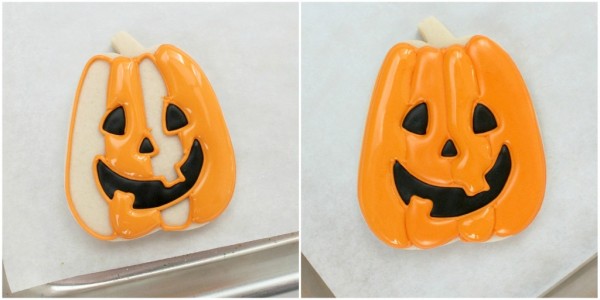 Let that dry, and add a stem and any other details you like, and you’re done! 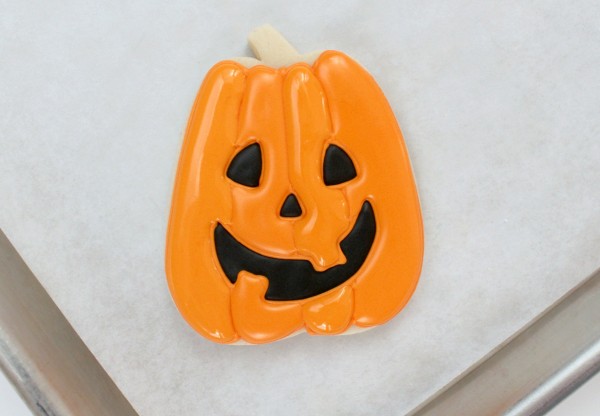 While we’re on the subject of Halloween, I wanted to share another tip.

As much as I love making Halloween cookies I hate it that almost every traditional Halloween color has that poopy bitter taste {black, orange, and purple, some reds, ect.} So, I do what I can to make any color possible as tastless as possible.

This isn’t rocket science, but sometimes it’s the simple things that make the biggest difference.  Remember when I shared my secret to no-taste red?

I used the same idea to create no-taste orange.  I mix tulip red with a yellow color {going back to grade school color mixing}, 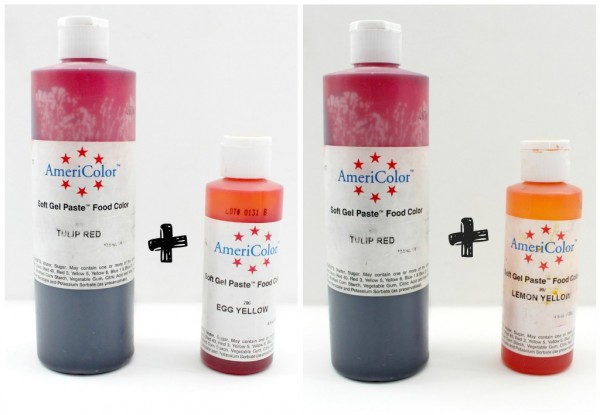 And I end up with a nice, non-bitter orange color.  Any yellow works, even electric version. 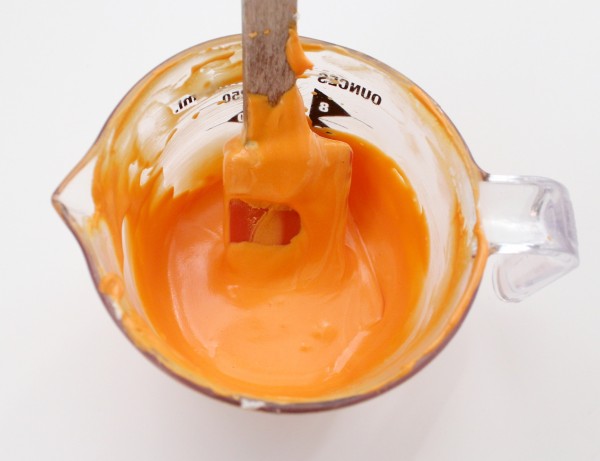 Play with it a little and you’ll end up with a completely custom orange color, and you’ll be doing a lot to take some of the icky taste out of your Halloween cookie collections!

If you haven’t had enough of me yet, you should hop on over to Confessions of a Cookbook Queen.  I’m hijacking her blog for a day while she’s off eating good food and watching football in New Orleans.

Anyway, today is the beginning of a new week.  I hope it turns out to be a great one for everyone!