This recipe has been on my to-do list for a long time, but like all recipes, it was a little bit of a journey to get to where I wanted to be.  This is my story. 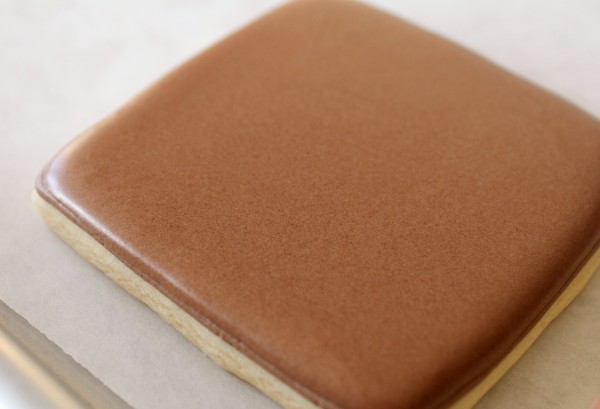 I started out with THIS RECIPE.  It was okay, but right off the bat I noticed a few things.  First of all, the recipe was pretty vague.  Then, to make matters worse, there were zero pictures for me to refer to in the absence of good instruction.  Despite the less than helpful recipe, I made it anyway.

I ended up with this. 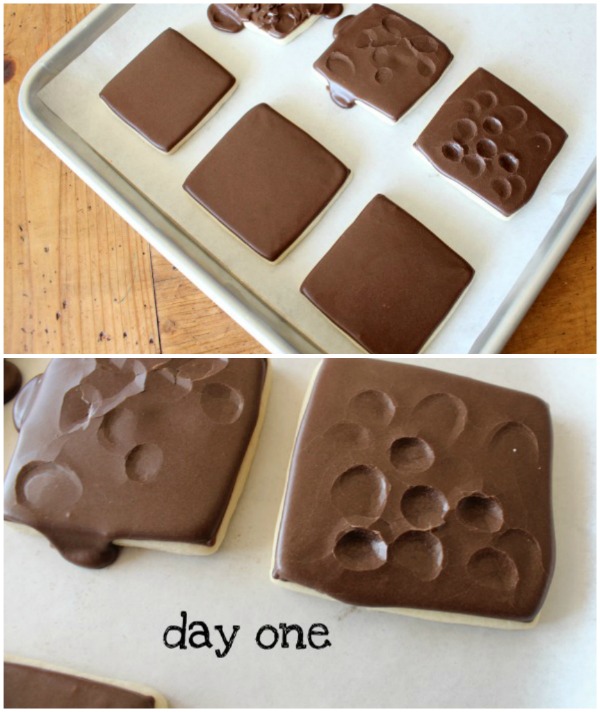 The icing was very different than what I am accustomed to working with. First of all, it was very thick, and handled more like glaze {corn syrup icing} than royal icing.  It was also way darker than I would have liked.  Worst of of all, it took FOREVER to dry.  F-O-R-E-V-E-R!  Even after TWO days, it was still soft to the touch. In a way, it seemed like royal icing that gets contaminated with oil, which makes perfect sense, since cocoa powder does contain natural oils. 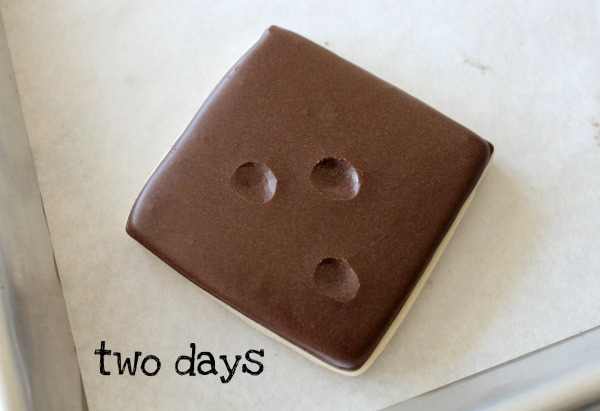 So, I took what I learned, and tried again.  I pretty much changed the whole recipe.  This time I was MUCH happier!

I began by mixing my dry ingredients with my whisk attachment to evenly distribute them and break up any lumps. 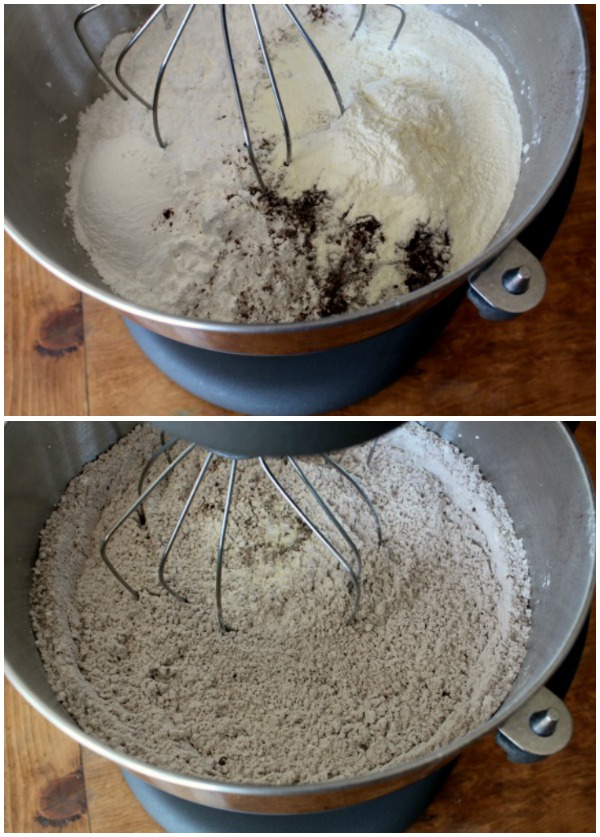 Next, I added the wet ingredients.  All told, it is the equivalent of about a cup of liquid. including the vanilla.

Now, I feel like I should mention this.  Once upon a time, an old cake decorator told me that hard and soft water have different effects on icing.  I haven’t been around enough soft water to draw any conclusions on that, but I will say this.  She didn’t make a habit of saying things for nothing, so, I assume there is some truth to this observation, even though I don’t have the facts to back it up.

That said, the whole water thing can be iffy {which is why I take pictures} so I would suggest mixing the vanilla with HALF of the water, add that, and then add more, little by little, until you reach the right consistency. 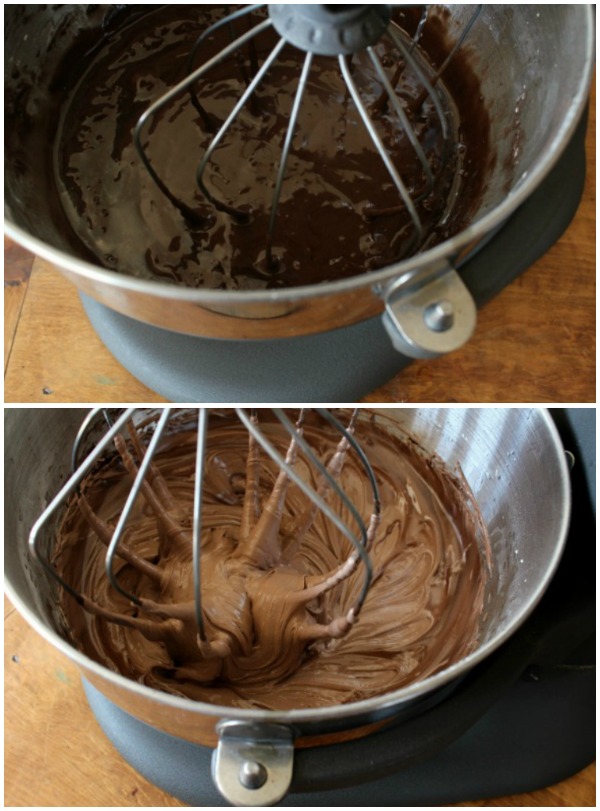 Notice how dark it is when the water is first added?  I was a little surprised at the difference two minutes of mixing could make could make.

In hindsight, I think that the first recipe might have worked a bit better if I had whipped it longer, but with such vague instructions, how would I have ever known that?

Anyway, it all worked out in the end!  Isn’t it beautiful?  It tastes good too. 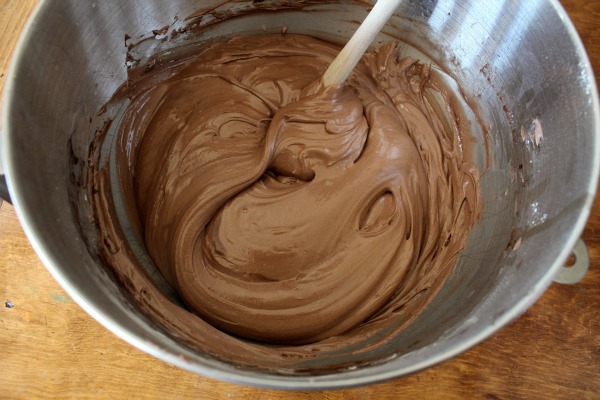 This batch performed just as I expected.  I outlined and flooded my cookies as usual with no major incident besides underthinning my piping icing. 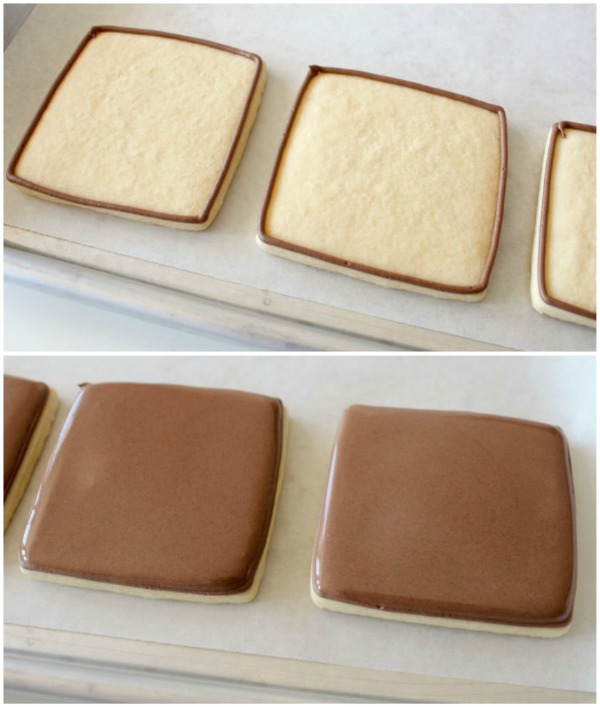 My version of chocolate royal icing dried much better than the original, and I was pleased with the lighter color. 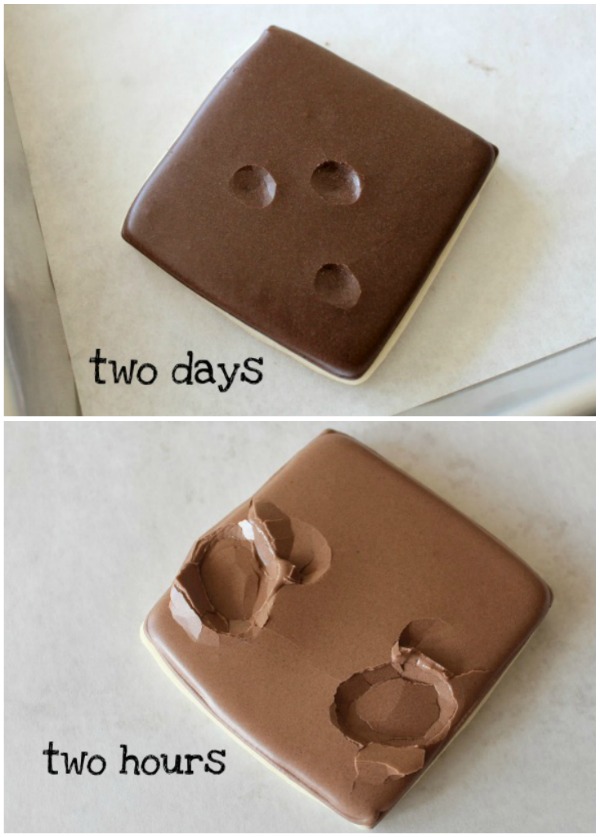 It also dried prettier.  Here’s a comparison of the two. 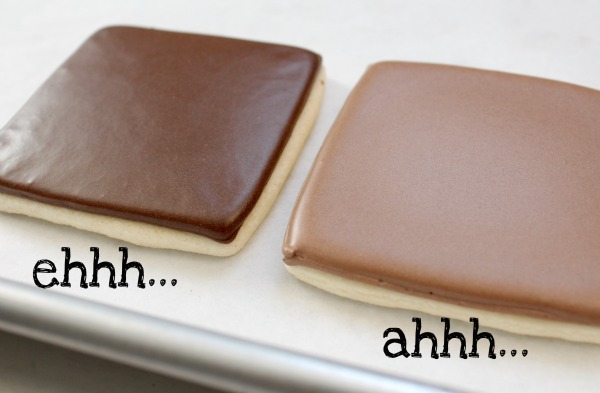 Here are a few helpful tips I learned along the way: 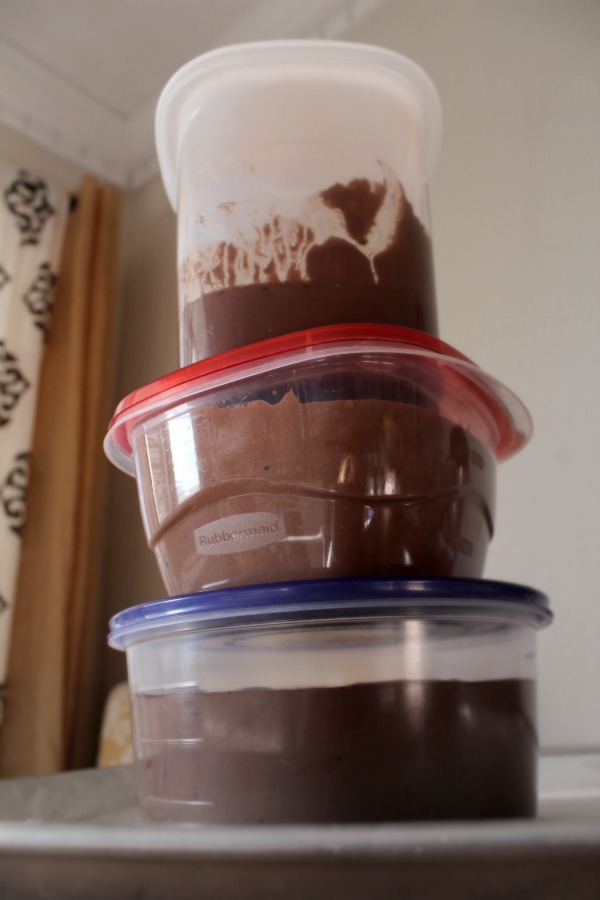 It only took six or seven pounds of sugar, but I finally figured it out.  One bust, one fix, then one batch for tweaking.  Now to figure out what to do with all of it.  Ideas anyone?!