I have a problem.

Little things bug me.  A LOT.

But I should really say, I’ve wanted to FIX these cookies since I saw them on Pinterest.  Now most people wouldn’t give this a second thought, but it kills me that all the candy corns don’t really look like candy corns.  They are supposed to be yellow on the bottom, orange in the middle, with a little white tip. But, if you make them like the instructions say,  they don’t work out that way.  Every other corn ends up with a yellow tip and white bottom.

Trivial yes, but I couldn’t let it go.   That left me with two options…eat the duds, or fix them.

At first I figured WE’D just eat the rejects, but besides  messing up the diet I go on once a week, I’d have to bake two batches to equal one, so I put on my thinking cap and came up with another way to fix the problem. 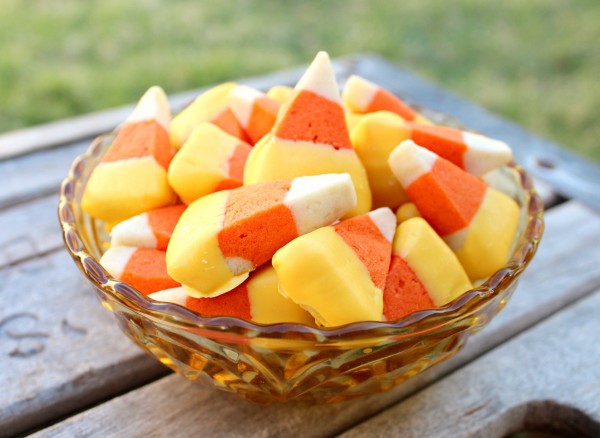 Pretty, and perfect.  Two things I like…except in the case of supermodels.  That’s just unfair.  But that’s another story.

Anyway, I’m going to tell you how to make these.  First of all because I like y’all, and second of all, because these aren’t as simple to make as the recipe led me to believe. I figured by explaining how I did this, I could make things a little easier for everyone else.

For the cookie dough, I used the recipe from Land o’ Lakes adapted just a tiny bit to suit my taste this week.  By the way, in my defense, I think backward candy corns bugged the Land O Lakes people too because  I noticed that they only used the good ones in their recipe picture.

As I mentioned before, things didn’t go as expected.  If I had gone by the written instructions ONLY, I might have thought I was a HUGE failure.  I made things work, but it took a little more brain power on my part than I liked.  Nothing was precise.

I started with this brick of dough.  That was the first surprise. 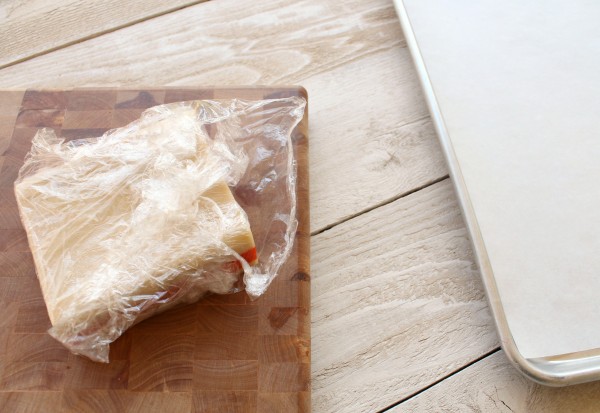 I thought it was pretty, but it definitely didn’t have the height  I had anticipated.  Maybe it was the fact that my pan was a teensie bit bigger than 9×5.  Only by decimals, and I don’t know how much of a difference it makes, but my cookies were way smaller than they appeared in the picture I saw. 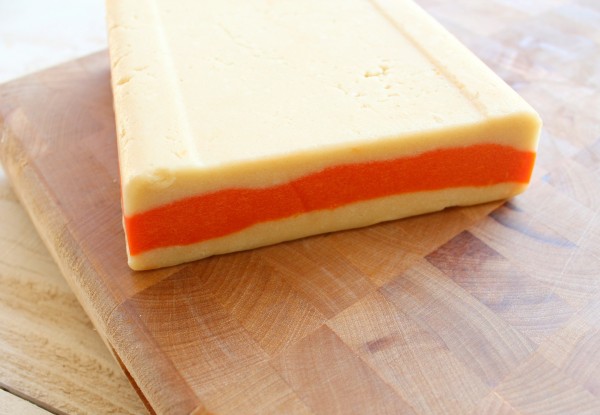 Anyway,  I took this “brick of dough” and sliced it into quarter inch slices with my big ol’ butcher knife. 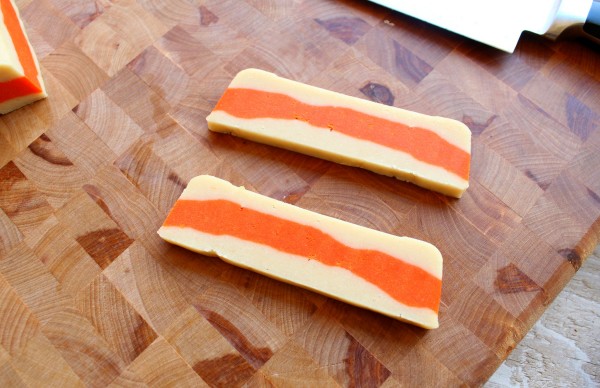 Then, I sliced them again to make candy corns.  This was discrepancy #2.  The recipe says to slice each strip into six sections, but when I did that  they looked funny.  So, I did about eight sections.  It worked, but I don’t like it when things like that happen, because it always makes me think I messed something up.

Turns out, this is perfectly normal and okay, but I didn’t know that until later. {Thank you instructional video that I found AFTER I finished!} 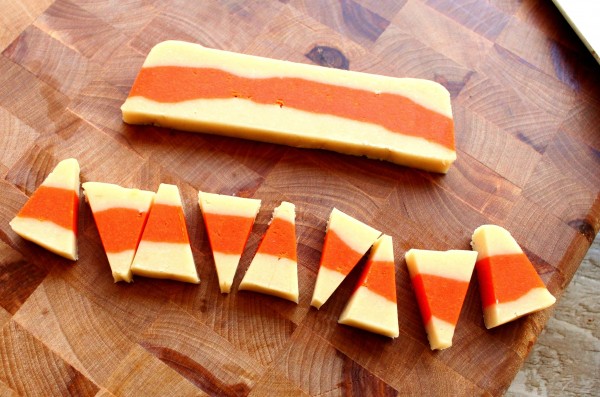 Anyway, I baked them, and ended up with a whole bunch of these, 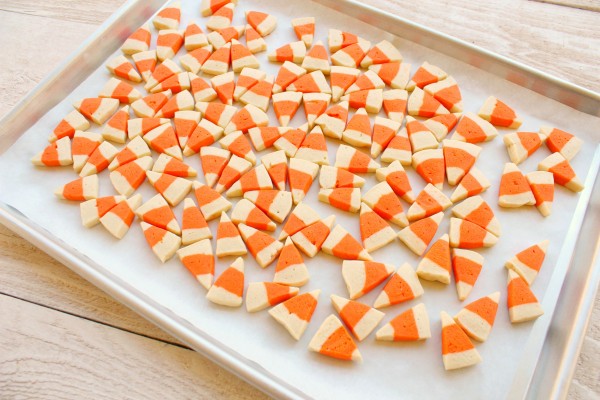 which brought me to the whole OCD fixing the candy corn thing, which required a bag of yellow candy melts. 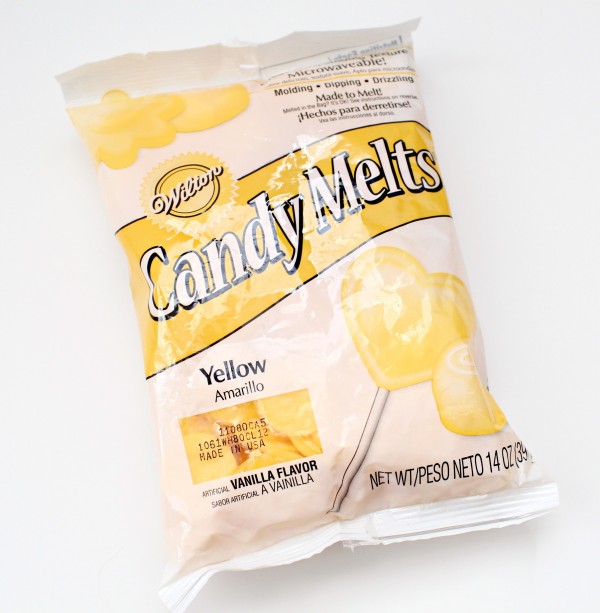 You can get your own HERE, and believe me you may need to. Another thing I have learned from this project is that there seems to be a shortage of yellow candy melts in crafts stores.  At first I was perplexed, but then I decided to blame the cake ball gals.  I have a theory that some yellow cake ball creation has surged in popularity and that the cake pop girls have snatched up all the yellow.  But that’s just a theory…

Anyway, the fun part of this, is that the kiddos can help.  After scorching the first bag, {I do stuff like that sometimes} I  followed the instructions on the back of the melts  and then I let my oldest do the dipping.  Hypothetically younger kids can help, but in my experience they get a little overzealous when it comes cookie dunking, so mine got assigned to eating the “oopsies” and Evan did all the real work. 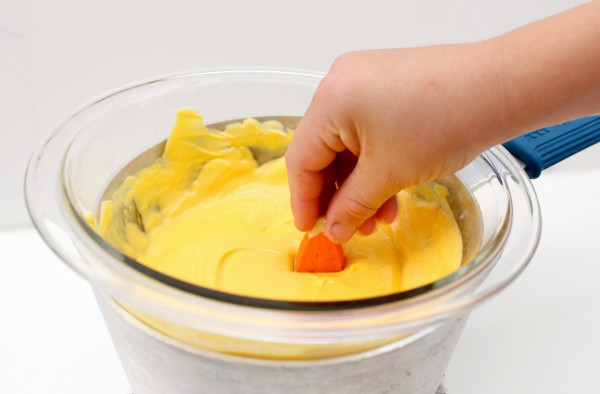 Once they were dipped, I let them cool on a Silpat.  You can use wax paper, but for some reason, I seem to have the amazing ability to make things stick to wax paper…so after a little mishap, I decided to stick, or UNSTICK, rather, with silicone. 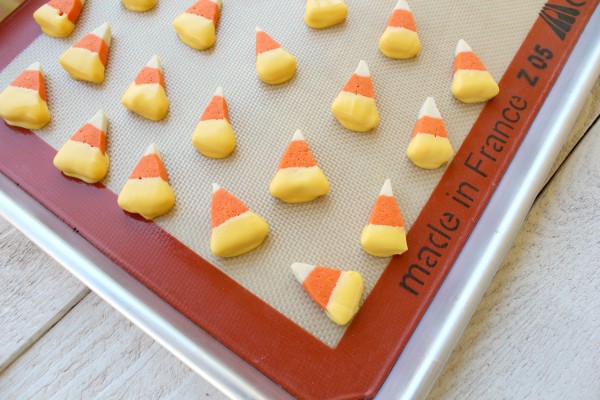 After all the dipping, I let them cool, and put some of them into a little jar I found at the dollar store.  I thought they would make a perfect little thank you gift for my neighbor, who just hooked me up with some cool vintage baking gear. 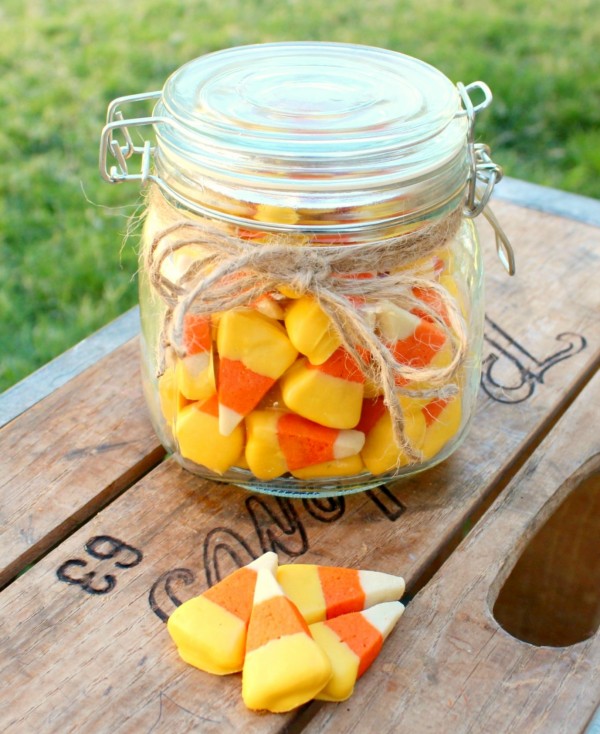 And, that’s that.  Easy breezy OCD slice and bake candy corn cookies. Talk about a mouthful!

PS… Did I mention that all my friends like candy corn too?  That’s one of  the  reasons we’re friends, of course!  You should check out their candy corn creations.

My buddy Glory put together a gorgeous Candy Corn Cheesecake Mousse.  Kristan made the CUTEST Candy Corn Meringues I’ve EVER seen…and Shelly, well Shelly did that thing she  does and made Bugles into something amazing!  Her Candy Corn Bugle Snack Mix is sooo cute, and frankly I am a little bit envious of her ability to use wax paper like a normal person.

Between the three of us, you should be busy all week.  If not, I’m sure we’ll think of several other things to add to your to-do list!

Happy Monday everyone, thanks for coming to see me today. Here’s to a GREAT week!