This is my latest cookie project.  They took FOREVER with my bad arm, but I was also forced to get back to some of the basics of cookie decorating that I have forgotten in my constant rush.  It’s definitely something I’ll be writing about soon.  But for now, some pretty cookie pics!

Just for fun, I’ll talk about how I came up with these.  Most of them are the obvious choices or something I Googled and adapted to what I pictured in my mind.  The glasses are my moustache cookie cutter in disguise.

In case you are wondering why there is only half a Bel Air, the reason is simple.  I had to think of a way to make a detailed cookie, without it being huge. My solution was this.  I’ve seen ’57 Chevy cutters and cookies from the rear view, so I thought why not do the same thing, just a little bit differently. 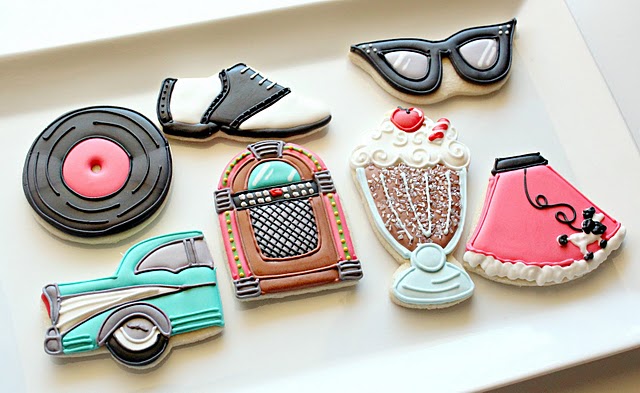 Then onto the sixties…pretty standard.  However, I did draw the hippy girl.  I’m pretty proud of her.  AND, I also managed to get tie-dye right this time {for a tutorial, although somewhat BACKWARD, click HERE}!

The bell-bottoms were SUPPOSED to go with the 70’s set, but they kind of warped into something else as I worked.  I found a CUTE clipart and I was trying to seventies-ize them.  I failed, but I just went with it. 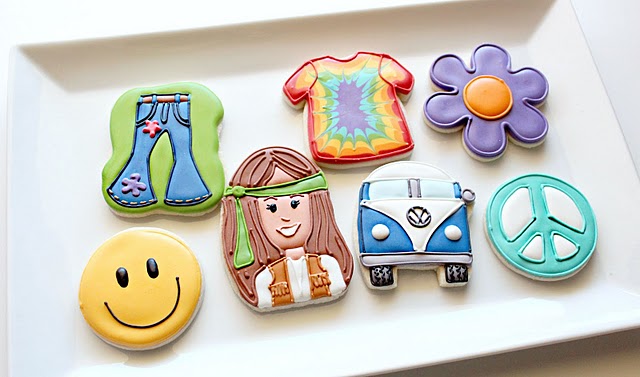 This is the set I feel needed a little something more.  I like the lava lamp.  Afro-guy isn’t what I planned.  I meant for him to be a girl, changed my mind mid-stream and by the time I figured out I didn’t like him, it was too late.  He was made from a simple scalloped round cutter.

Speaking of sneaky cutters, do you recognize the peace sign?  It’s an old Wilton bunny cutter. 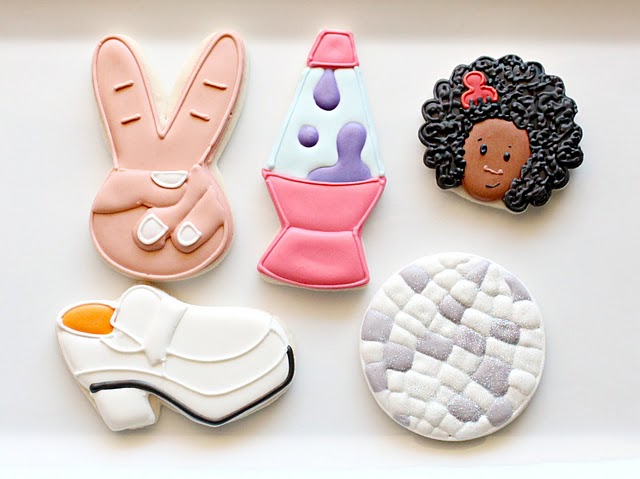 I think he eighties were the easiest set for me.  i could have done lots more.  I am pretty proud of my Cyndi/Madonna chick.  I drew her also.  It was one of those times that everything just worked.

Actually, it worked even better than I had hoped, and any of you that do cookies you know that’s a great thing!

The cassette was a rescue job.  It almost didn’t make it, but I couldn’t bear not having it included, so I scraped it and started again. 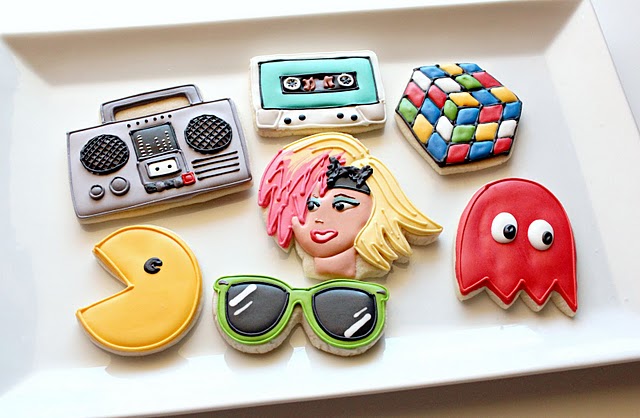 These are my faves…or at least they were when I took the picture.  They’ve already changed, and will probably change again next week, and the week after.

Speaking of redos…the jukebox was another do over.  The first run was a disaster, so off came attempt one, which thankfully led to a much nicer second run. 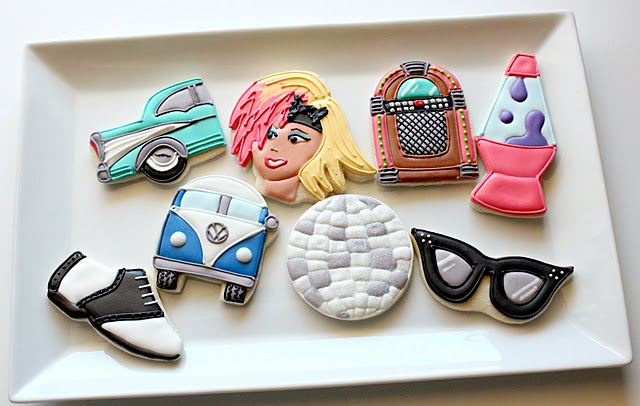 Here they are all together, minus the purple flower that didn’t fit.  But you’re not missing much, it’s pretty standard. 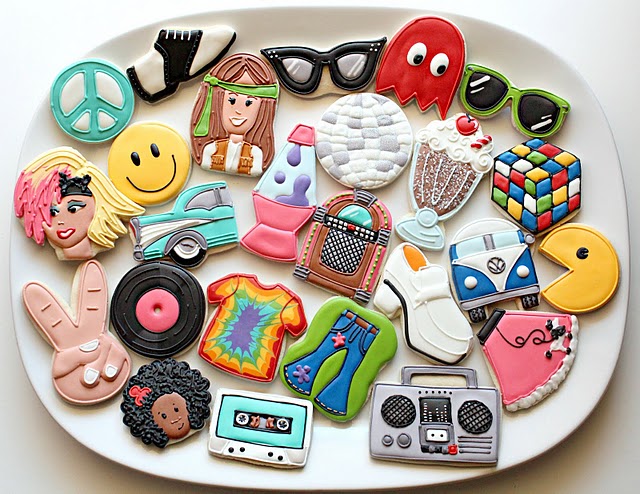 I also made a splatter painted centerpiece cookie, with my friend’s name, who wouldn’t appreciate me blasting her true age all over the internet { there WAS a point to these cookies, LOL} SOOOO I left it out of the photos. 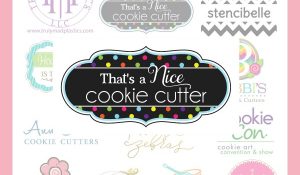 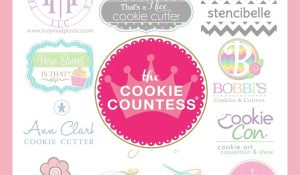 The Fifth Annual Twelve Days of Giving with LilaLoa and Sweet Sugarbelle, Day 2