An experiment. A test.  A trial.  In reality, that’s all cookies really are.  The only limitation is your imagination and how far you are willing to go to make your dream a reality.

A week or so ago, I had someone ask me about blogging.  She’s shied away from it, because she was not sure she wanted to document her mistakes.  Although I completely understood where she was coming from, it reminded me of one of the most important lessons this great adventure has taught me…

You never really know how a cookie is going to go.  Sometimes it’s exactly what you expected.  Sometimes it’s a cleverly saved cookie-gone-wrong.  OFTEN, it’s a total bust, and then, every once in a while, you hit the jackpot.

This does not by any means imply that you hit the jackpot the very first time, but that sometimes a rough idea, with a little tweaking can really become something wonderful.

This is my latest cookie kick, an example of an idea gone right {after several tweaks}…
CUPCAKE COOKIES!!!

These aren’t your everyday average cupcake cookies.  I’ve done more of the flat version than I’d like to remember.  This was my attempt at an idea I have been toying with for a few years, ever since I saw these babies on Martha Stewart’s website {click on the image to see the original post} {FYI, the photographs of my attempts are in the chronological order of attempts from the beginning to end.}
I found that for the first set, I made the flood icing a little to watery, so it was a bit more translucent than I liked.
So the second time around, I thickened my icing, and added a layer. 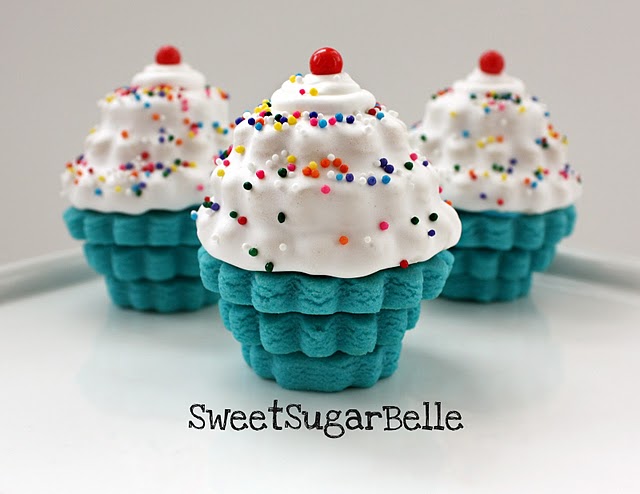 The thicker icing worked a lot better, but I didn’t like the look of the taller version, so I tried again.  This time leaning more toward simple.
This time I also used a LOT of icing to attach the crown to the cup.  I was going for a “drippy” look?.
Still, not quite what I pictured, so… 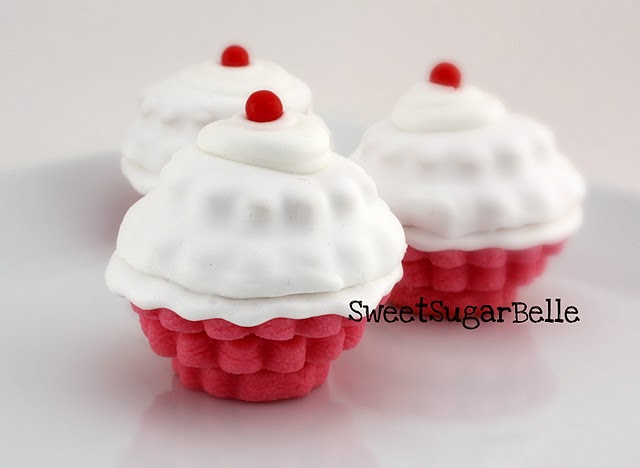 Learning something with each attempt, I tried something else.  I changed the cutters I used to make the base, hoping to achieve the “drippy” look another way.
I liked them okay, but they still weren’t quite there.  Plus, I got to learn how much I appreciate the nice oven at our house after spending some time with the stone age model at my parent’s cabin =)
? 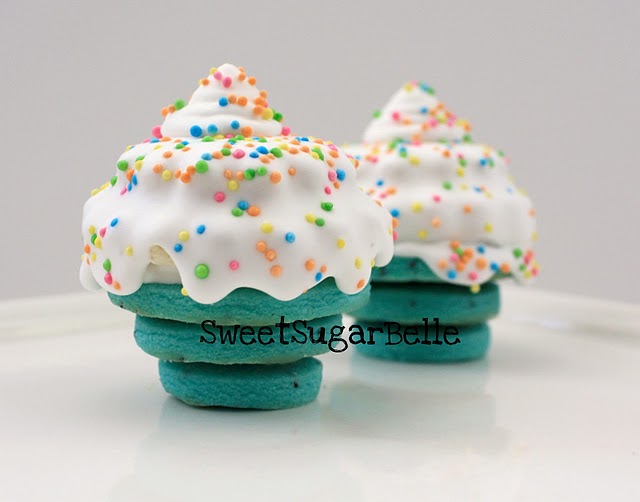 I made one final attempt because I wanted to see what they would look like coated with glaze icing rather than royal, and I also wanted to use my wonky flower cutters for the crown.  I think I liked this version of the top best. 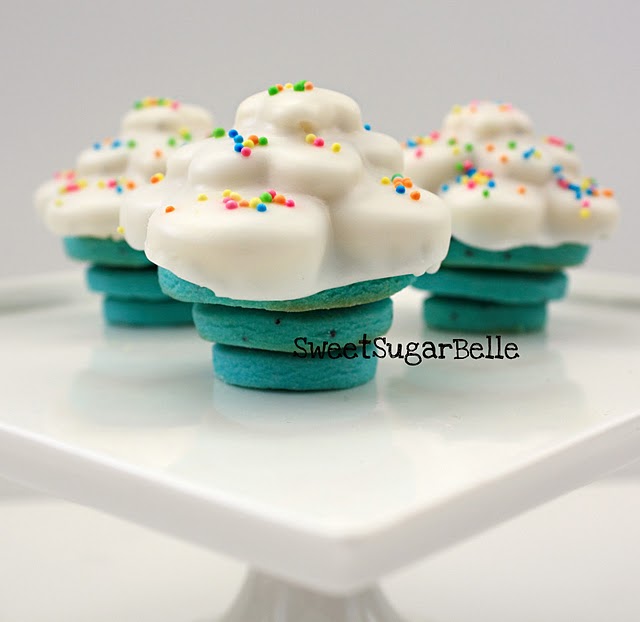 For now, I am going to take a little rest.  But this won’t be the last 3-D cupcake cookies you see from me. I already have another idea I need to try.
It usually takes me about three stabs at any design to get it pretty much where I want it to be, sometimes even more.  In this case, I think it will be right between the first and final attempt.
I made a tutorial for this that I will be glad to share, but since I was learning also, I didn’t know if it would be as helpful as one after experience.  But, I’ll post it if everyone’s interested.  Just me know!
For me, there is no by-the-book decorating.  It’s trial and error, mixed with a little fun, a lot of frustration, and even some tears.  But if you keep at it…eventually, something works.  And when it does, it’s amazing!
Sweet Sugar Belle
2 Comments »