*FIRST OF ALL, the long delayed winner of my last giveaway is…helpergirl, Kelley!!!  I will be contacting you soon to arrange shipment!  Congratualtions, Kelley!*

Well there may not be snow in San Antonio, but it’s a Texas Christmas to me…

That’s really a song.  I promise. George Straight sings it and once back in my LimeWire days, I got the nastiest computer virus trying to illegally download it …What an expensive song that turned out to be!

Anyway, I often wonder if anyone besides  Texans have ever  heard it.

I keep thinking of my brother off in snowy cold Utah, and I wanted it to be a Texas Christmas for him, so I made him these. 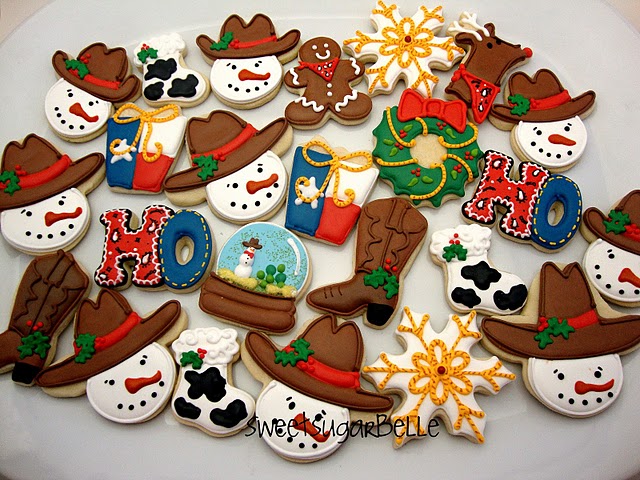 I cannot decide if my favorite is the rope snowflake, or the sand globe. A snow globe doesn’t really make sense here…come to think of it neither do snowmen!

If you like Cowboy Frosty, he’s pretty easy to make! 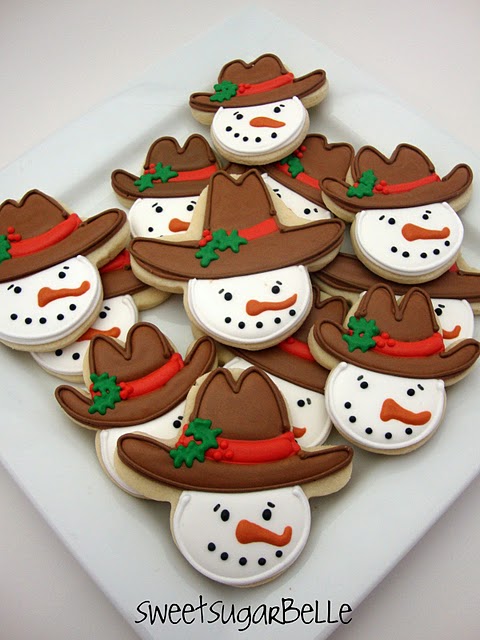 I came up with two ways of course, the hard way, and the easy way.  For the hard way, you will need your ghost cutter (it doesn’t have to be this one, as long as it’s the same general idea) and a round cutter that looks proportionate to the hat.  Don’t make it harder than it has to be.  You’re not after perfection.  The details can be worked out later with icing. 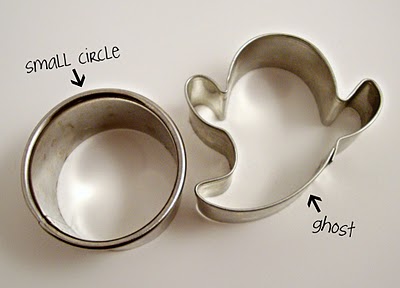 Follow steps 1-4, and you will have a cowboy snowman in no time flat! 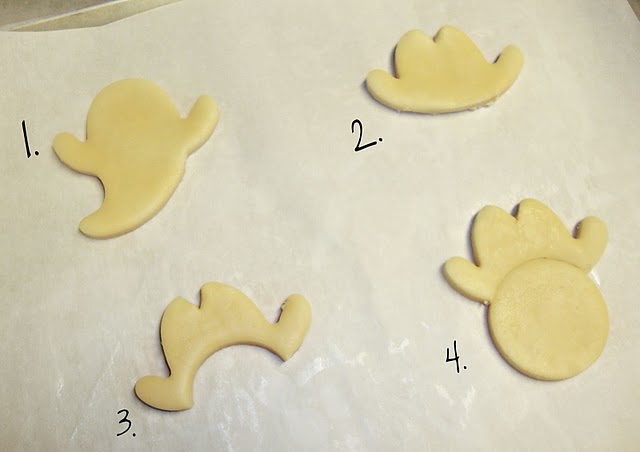 The bad thing is, I always think of what I should have done mid-project.  If I were going to do this over again, I would probably go this route…

I mangled one of my many gingerbread men to make a rounder snowman face…then I cut him out and used a knife to finish out the details. 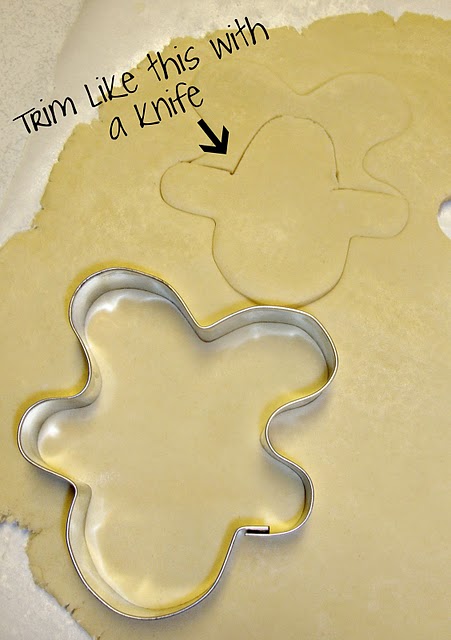 It might look a little complicated, but it’s a heck of a lot easier than that apple pie I mentioned earlier!
After I made these, I got a wonderful surprise in the mail!  I recently won TWO awesome Ecrandal cutters in giveaway on Glorious Treats.

At first I was more excited about the snow hat, but when I received them, I fell in love with my waving gingerbread man.  I had to try him IMMEDIATELY!!!  I altered him a little to match the rest of my theme.  Isn’t he cute? 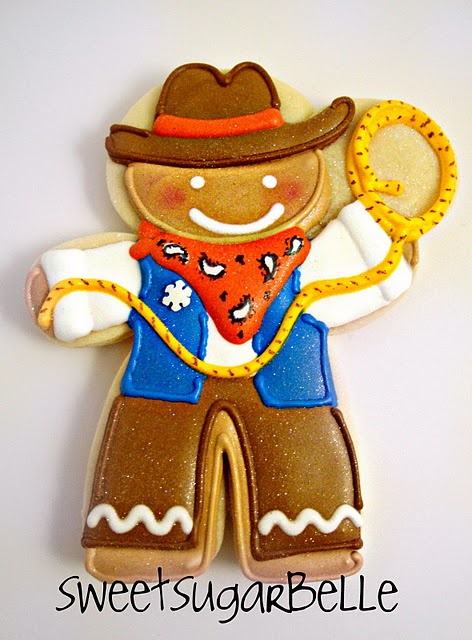