Is it just me, or does everyone think of the darnedest things while they’re taking a shower?  My thoughts range from what I have to do that day to long, involved conspiracy theories.  Then sometimes I just think about candy.  This is my latest shower-time epiphany. 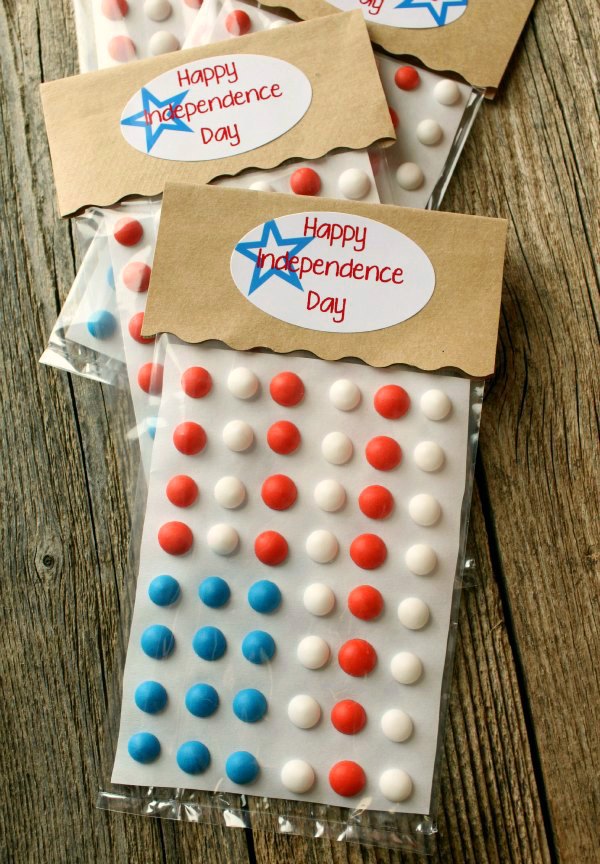 When I first decided to make candy button flags, I did a bit of Googling and found this tutorial from Tikkido.  I would like to say I patiently read the post but I got as far as freezer paper and went on my merry way.  Take it from me, if you’ll read the whole thing BEFORE you start it will save you a bit of frustration.  I’ll skip the gory details.

Before I even thought about icing, I cut out sheets of freezer paper for my buttons.  I planned on putting them in four inch favor bags, so I made a 3.75×18 poster board template {the roll of freezer paper is 18 inches wide} to use as a guide. First I cut several long sections then I cut those into smaller five-inch sections.

PS-I did not injure myself while making these…apparently my sweet little kitty, Stanley, is NOT as sweet as I thought he was! 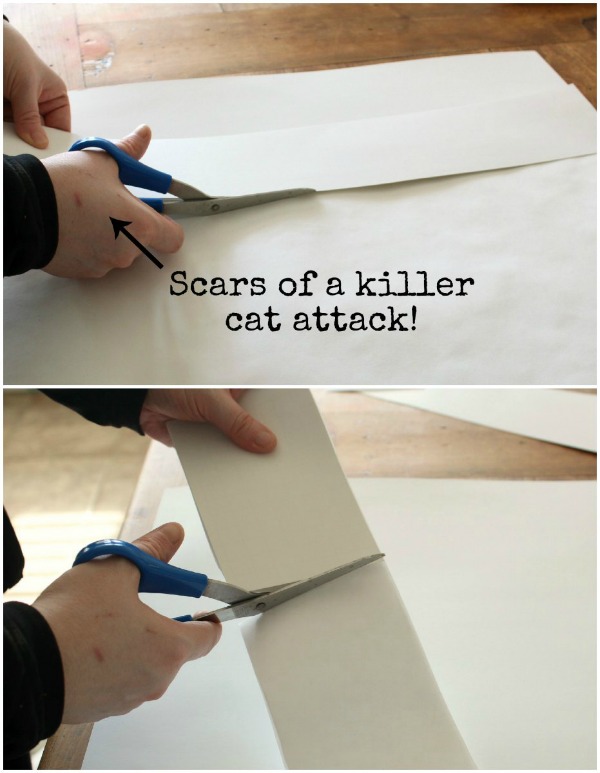 If your strips curl up at the ends, flatten them out a little before you begin.  I used a cookie sheet with heavy books on top.  If I’d have read better I might have decided to make one large sheet of buttons and cut them apart AFTER the fact…but y’all know how that went. 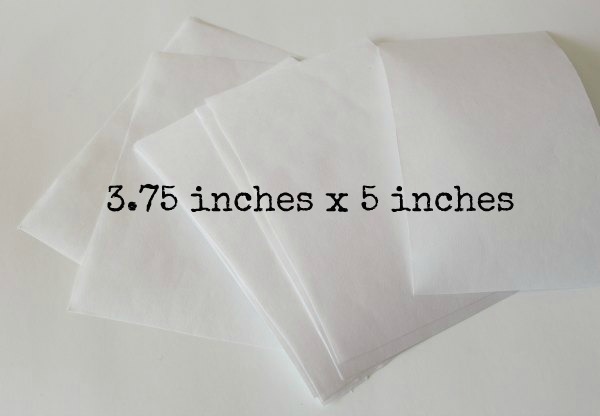 In the meantime, after wasting an embarrassing amount of time trying to figure it out myself, I read the Tikkido tutorial in its entirety and figured out I should mark everything out on graph paper to ensure the buttons were evenly spaced.  Somewhere down the line my insane brain also decided that I needed a sturdy spatula-like thingy to move them around as I finished, so I used the pushpin trick to transfer it onto a sturdier poster board base.  I cannot explain my knack for complicating things.  It is what it is. 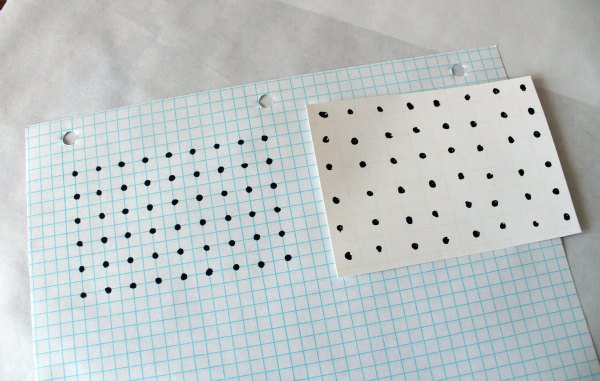 To begin the button making process, I mixed up a batch of my royal icing flavored with marshmallow extract from Spices Ect. and made red, white, and blue 20-second icing. By the way, I used tulip red because it’s tasteless which you can read about here.

The next part was easy.  I placed the little grid under each piece of freezer paper and piped away.  I started with the blue and then moved onto the stripes.   Be sure to pipe them onto the dull side of the paper.  If you use the shiny side they will fall right off. 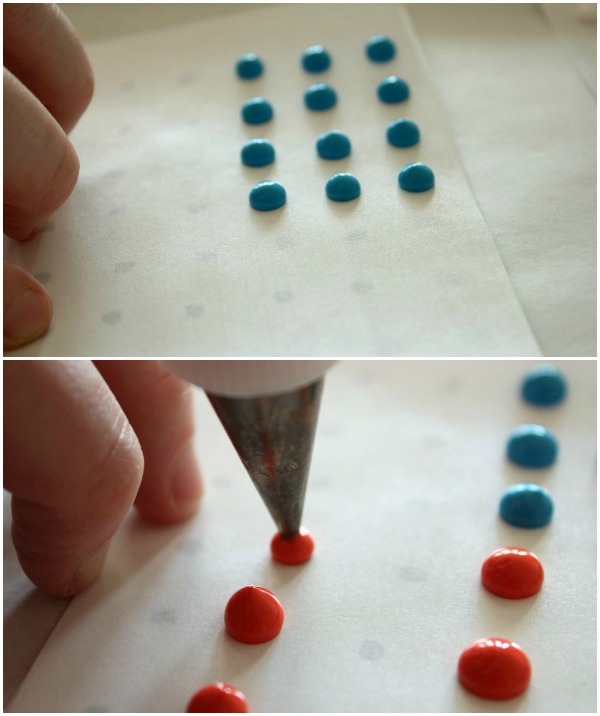 After piping a gazillion tiny little buttons, I let them dry overnight. 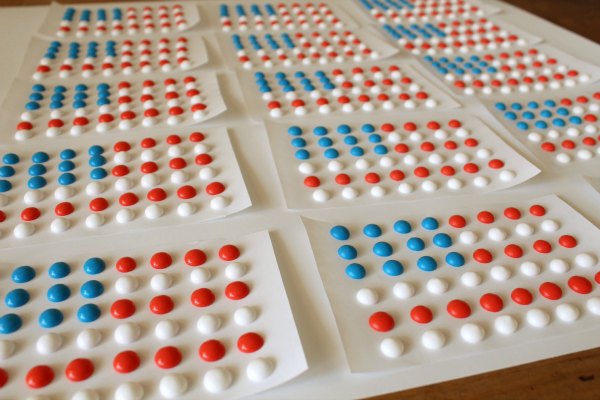 Somewhere along the way I learned that big buttons are way cuter than little ones. 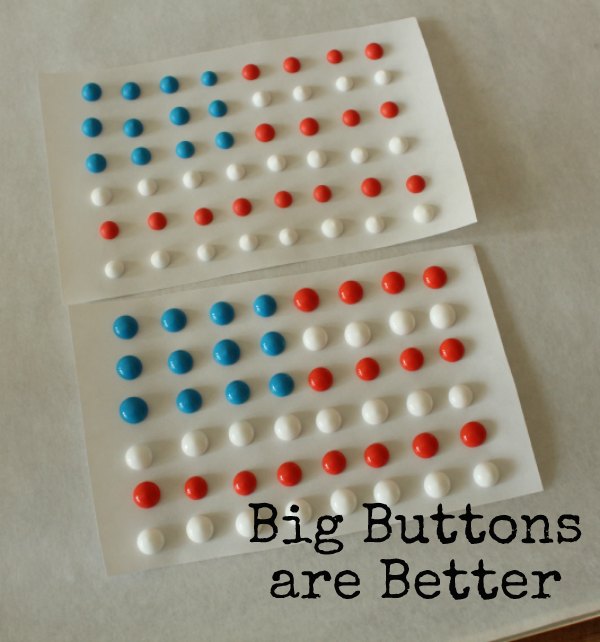 The next day my little buttons were ready to wrap. 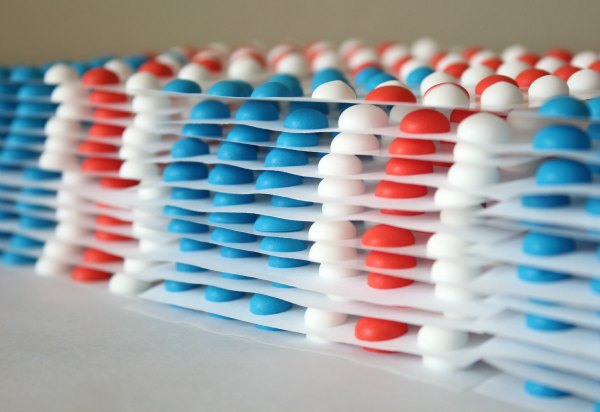 I kept the packaging simple because I didn’t want to take away from the flag design.  I started by sliding the button sheets into simple favor bags.  If your bags are gusseted be sure to slide them in over the gussets…and just in case you don’t know what a gusset is, it’s the little fold in the side of the bag.  Thank goodness for Glorious Treats, or I might have just had to call them “the little folds on the side of the bag” and you’d have never known.  Unless you knew already, of course. 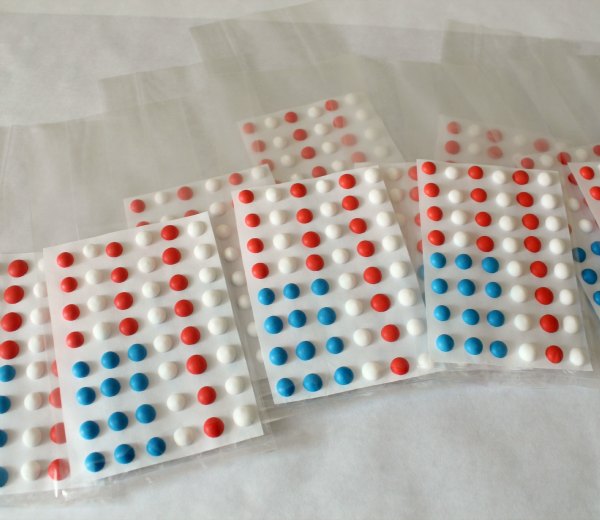 The toppers were made from simple paper sacks.  This was actually my neighbor’s idea, which is why she gets all my leftover cookies.  Not only did she think of it, she also gave me the bags!

I wanted a two inch topper, so I measured out a four inch strips and used pretty scrapbook scissors to make the ruffly edge.  Then I used the bag to measure the length of each topper and cut them to size. 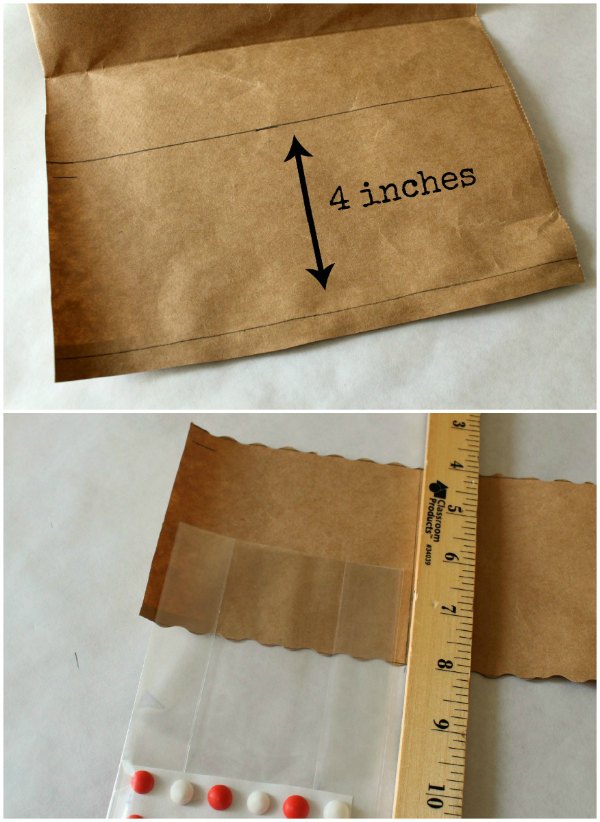 To attach them, I simply trimmed the top of the favor bag, used double sided tape to secure them, (yet another great idea from Glorious Treats, the pretty packaging queen) and folded them over. 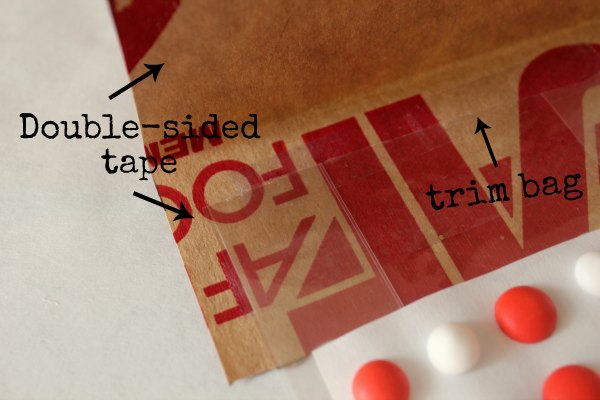 When that was done I finished them off with cute little labels but you can write directly on the topper if you’d like. 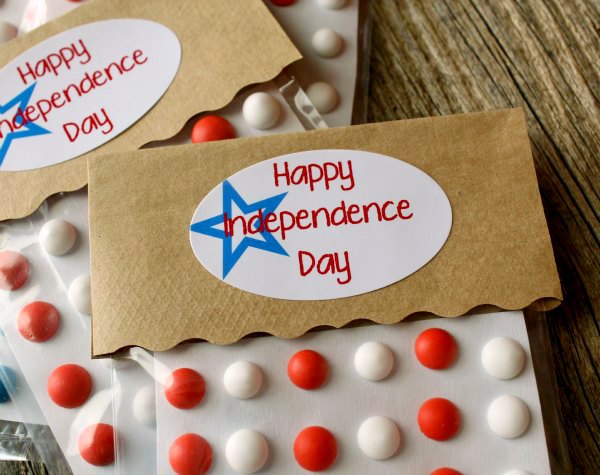 Aren’t they cute? I know they look a little tedious, but the toppers and labels actually took the longest to make. 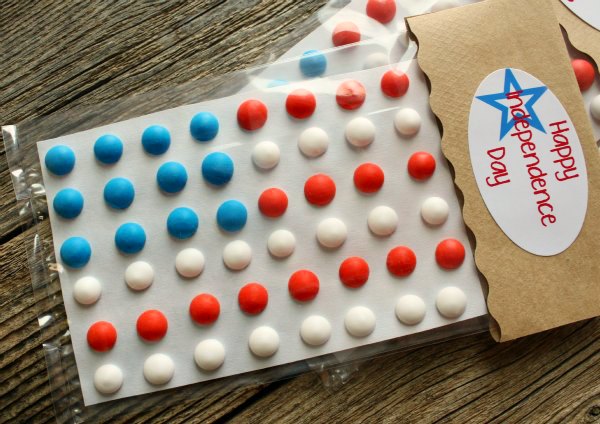 The best part is, my kiddos thought I was the coolest mom around.  For that day, at least! 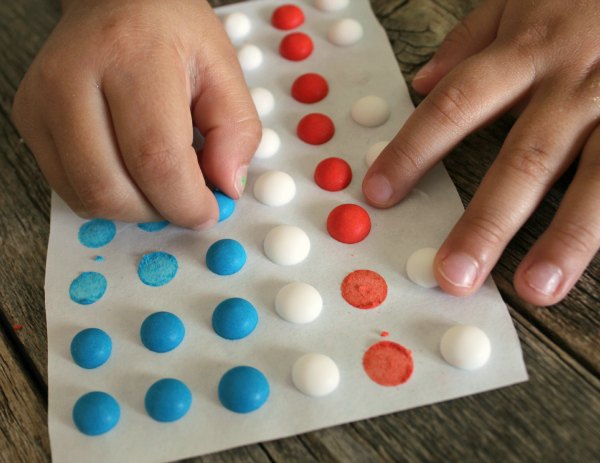 This project is great because its relatively inexpensive, doesn’t require an oven, is a great way to use up leftover icing, and can be made way ahead of time.  And just in case you’re interested, there are exactly 57 calories in each flag so it’s a pretty guilt-free sugar fix.

Also, if you’re not familiar with freezer/butcher paper, check your local grocery store.  Chances are, they carry it.

I hope everyone is staying safe and cool this summer. Have a great Wednesday!